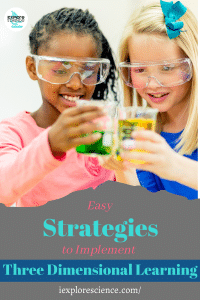 “Students will be able to… explain how sedimentary rock forms.”

“Students will be able to… balance a chemical equation.”

“Students will be able to… graph data collected from an experiment.”

These standards not only lacked depth, but they also failed to demonstrate to students the interconnectedness of the natural world and the science and engineering fields that investigate it.  Students and teachers were getting hung up on minute details they didn’t need to know (hey, Google!) and completely missing out on the big picture concepts that foster engagement and deeper understanding.  And skills? Typically taught in a SINGLE unit as the “scientific method.” We were failing to develop science practices in our students.

Enter the Next Generation Science Standards.  These standards are literally designed to blend three important aspects of science and engineering education: the content, the skills, and the big picture ideas. The content is contained in the Disciplinary Core Ideas.  The skills are represented by the Science and Engineering Practices. And you can find the big picture ideas in the Crosscutting Concepts. There’s your Three Dimensions.

Breathe. I know, it’s a lot.  And the thought of figuring out how to weave it all together is probably overwhelming.  Check out three easy strategies below to begin integrating Three Dimensional Learning in your own classroom.

Side Note: In addition to your basic Science and Engineering Practices and Crosscutting Concepts, the NGSS also identifies two other “connections.” The first is Connections to Engineering, Technology, and Applications of Science. And the second is Connections to the Nature of Science. I’ll be honest – I don’t want to overwhelm you or make this more confusing than necessary, so I have not included those in this post.  That said, ideally you will want to incorporate these understandings into your instruction. But, one step at a time!

[If you’d rather learn through audio or video, check out the Bring Wonder Back mini-workshop series!]

1 – Three Dimensional Learning From The Standard

For one, you don’t technically have to weave anything together yourself.  The Performance Expectations are written in a way that blends it for you. Your job is just to pick the standard and identify the important parts (again, mostly done for you!). 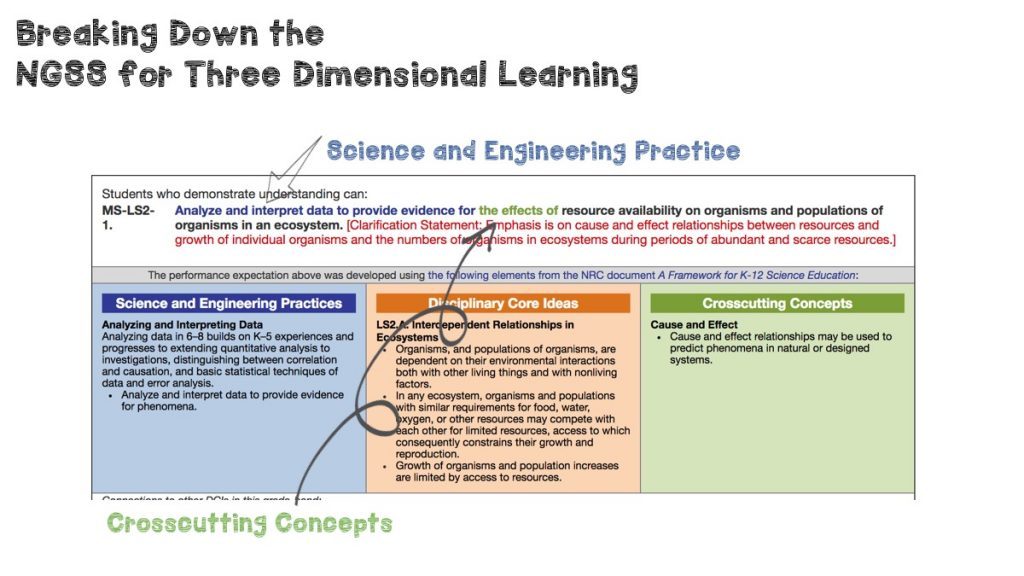 In the example above, you can see that the obvious SEP is “analyzing and interpreting data to provide evidence.”  Right off the bat, you know you need to include some activities that focus on using data tables, graphs, maps, etc.  Whenever I see a standard like this, I automatically integrate data (in whatever form makes sense) into all stages of my 5E instructional sequence.

I also take a look at the Crosscutting Concepts.  For this standard, “cause and effect” is the primary focus. As I think of the examples I will use to teach the content, I will want to focus on examples that show a very clear cause and effect relationship.

See It In Action:

I’m currently working on a unit that focuses on this very standard (as well as MS-LS2-2), and my Engage activity has students dive right into the data.  I chose as my introductory example the interaction between the snowy owl populations and Arctic lemmings. This example shows a very clear cause and effect relationship, which makes it perfect to emphasize that Crosscutting Concept.

Students are divided into two groups, and each group is given a different graph.  One graph looks at the snowy owl population, while the other looks at the lemming population.  Working with their groups, they try to make sense of the changes in population shown on their graph by making observations and generating questions of their own. (Side Note: “Asking questions” is another SEP! See what I did there?!)

After students have some time to talk about their ideas, the groups are brought together and shown how the data looks when the graphs overlap.  They realize that the populations are rising and falling together. So when you throw in the fact that snowy owls feed on lemmings, they can begin to make the connection that populations change based on the resources available. Changes in one population CAUSE changes in another. (Oh hey, Crosscutting Concept!) This is three dimensional learning in action. Right from the beginning, my students are working with data, trying to puzzle out its meaning.

It doesn’t end there, though.  The rest of the unit is likewise filled with data-related exercises.  In Explore activities, students repeat this process with data they collect themselves as they investigate relationships in ecosystems.  Then, in the Explain phase, students analyze their data to support claims about the effects of resource availability in ecosystems. Students repeat similar activities in the Elaborate phase.  They work independently now and extending their learning by making connections to previously learned material about biotic and abiotic factors. Finally, the assessment is taken right from these tasks.  Students analyze data to support a claim that organism interactions affect individuals and populations. Again, three dimensional learning. SEP: analyze data. CC: cause and effect. DCI: interactions between organisms.

After identifying the SEP that my Performance Expectations focus on, I attempt to incorporate some aspect of that SEP into the majority of my activities. Knowing the Crosscutting Concept (cause and effect), I choose examples that show cause and effect. I use the practice to teach the concepts.  In this case, I use the data we are analyzing to teach the core concepts:

– that the growth of organisms and populations is dependent upon resource availability,

– and that the interactions between organisms in an ecosystem affects the survival and growth of organisms and populations.

In addition to the SEPs and CCs that the Performance Expectation focuses on, I try to sprinkle in some “extras” to really integrate three dimensional learning.  The more I can do it, the more of a habit it becomes.

For example, it may mean simply taking two extra minutes to have students generate some of their own questions about a phenomena. Why does the snowy owl population rise and fall every four years?  Or it could mean adding a short research component to a homework assignment.  The first example touches on the Asking Questions SEP, while the second addresses the Obtaining, Evaluating, and Communicating Information SEP.  I might ask students to draw a picture with captions to explain something we observe (Developing and Using Models). Or make a claim to explain something observed (Constructing Explanations).  Or provide evidence for a claim I provide (Engaging In Argument From Evidence). As you become familiar with three dimensional learning – and the three dimensions themselves – you will begin to see opportunities to incorporate a practice in each and every activity, even if it’s not the focus of the activity.

In terms of Crosscutting Concepts, I try to look at the activity I have envisioned and ask myself, what CC aligns? Are we discussing cause and effect relationships? Is this a system we are talking about? Based on my interpretation, I throw in a question or two that directly addresses the CC. 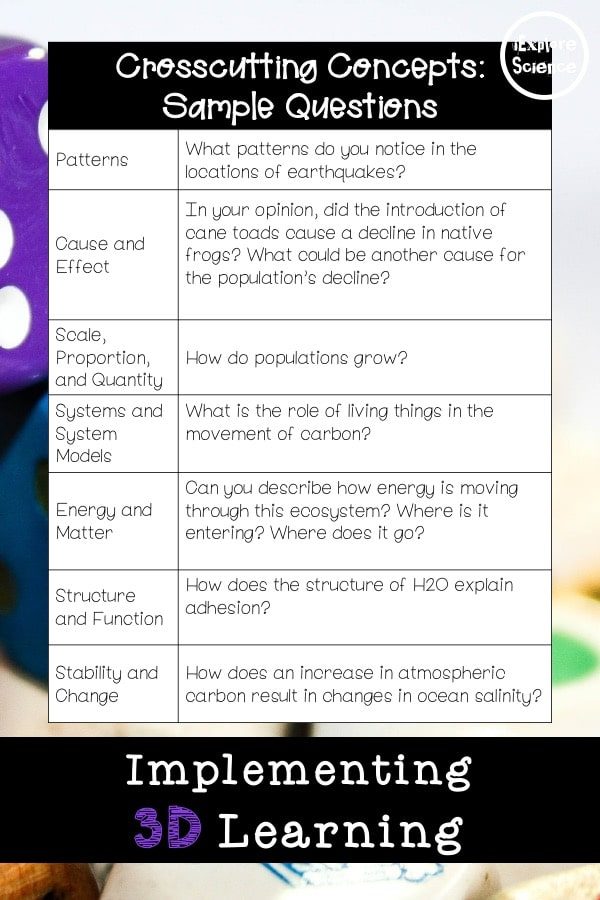 See It In Action:

3 – Direct Instruction On The Three Dimensions

While the goal is to integrate the three dimensions into your curriculum and daily lessons, your students may benefit from occasional direct instruction on a SEP or CC.  This may occur during the Explain phase of a unit, or you could allot a “random day” to focus on a specific SEP or CC. Really, you could be doing both.

See It In Action

Alternatively, I may utilize an entire day to teach a SEP or CC when we have one of those random days between units, right before or after a break, or when the schedule gets all wacky with assemblies or other disruptions.

See It In Action

In this case, studying forces in a physical science classroom is a perfect opportunity to discuss stability and change.  The motion of an object is determined by the forces working on it. When those forces change, the system becomes unstable, and there is a change in motion.  Forces can build up slowly, or they can change suddenly. And small changes in one part can cause big changes in another.

Students could explore this concept by playing with dominos.  A sudden application of force to the first domino can have big repercussions down the line as it takes down an entire series (of potentially even larger dominos)! After introducing the concept in this initial activity, I could follow up with other examples and lead students in a discussion of the CCC’s main ideas.  Instead of wasting a day watching a movie or filling it in with busy work, I’ve taken advantage of another opportunity to integrate three dimensional learning.

If you want to learn more about integrating engineering practices specifically, check out these recent blog posts:

Engineering In Science: Why You Should Be Teaching It

Teaching Engineering: What NOT To Do 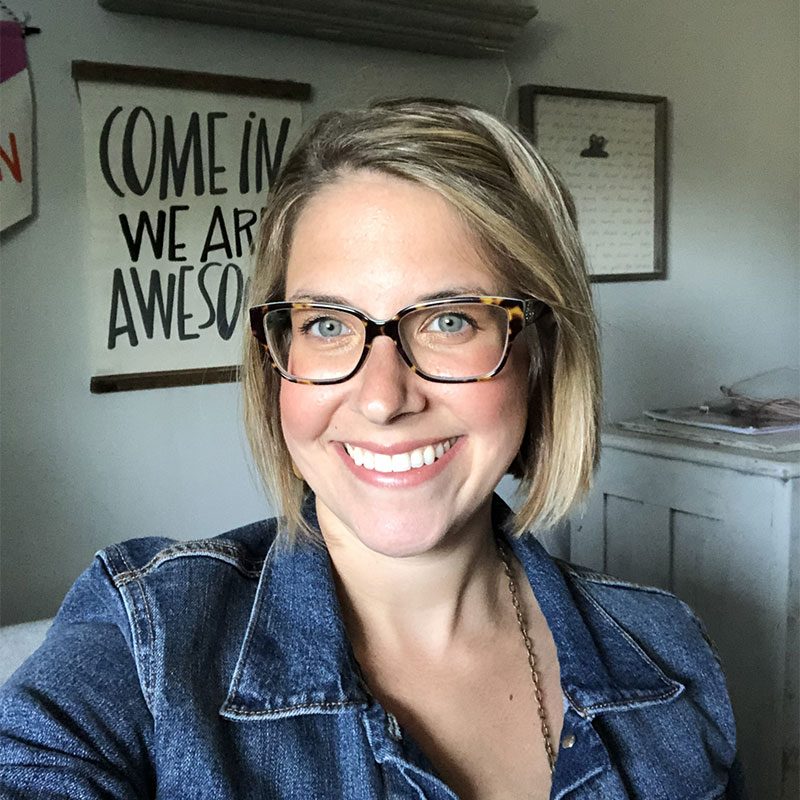 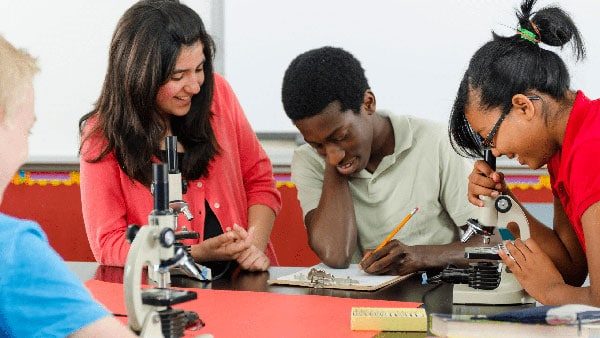 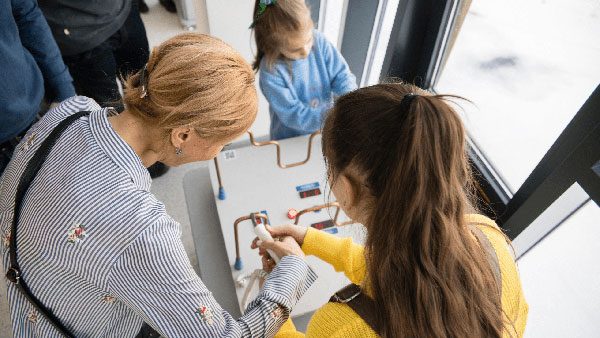 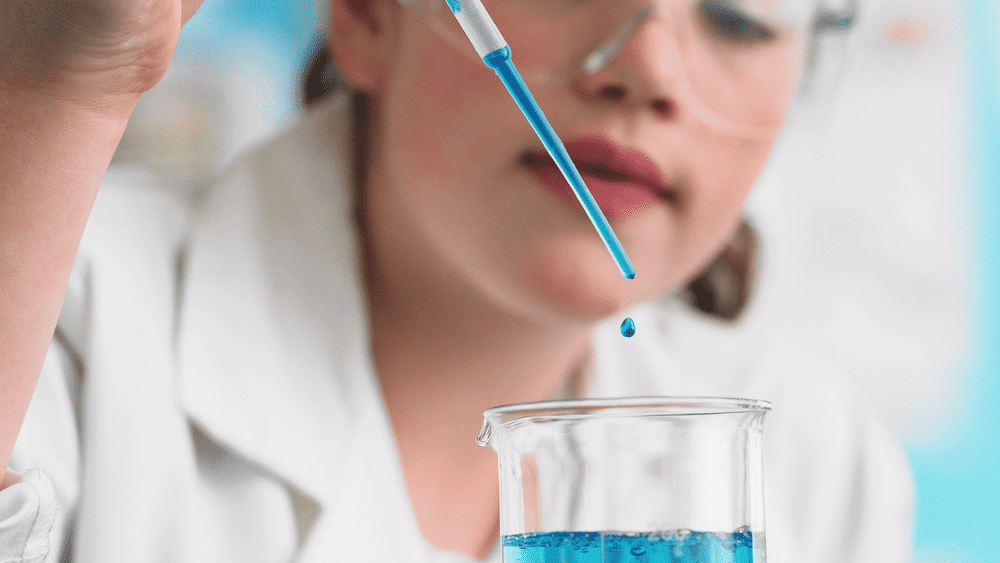